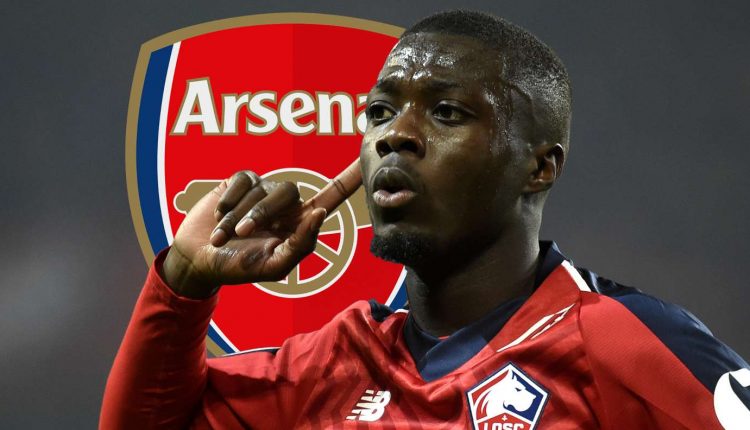 Ivorian sensation Pepe’s move from French team lille to Arsenal has been confirmed and he has signed a five years contract.

The Ivorian international becomes the club’s fourth signing of the summer transfer and the deal breaks the club’s transfer record, which was previously set by Gabonese international Pierre-Emerick Aubameyang’s £56m ($68m) move from Borussia Dortmund in 2018.

Pepe has been in England since Tuesday morning when he travelled to Arsenal’s training centre at London Colney to undergo a medical and meet his new team-mates.
Though there was a slight delay in finalising the deal, the Gunners have officially announced the capture of the 24-year-old from lille

His (pepe) arrival will be a massive boost to Unai Emery, who has been eager to bring in a winger who will be able to offer support for Aubameyang and Alexandre Lacazette in the front.

Arsenal fought off strong competition from Napoli for the winger and it is believed they will pay an initial fee of £20m ($24m) up front before paying off the remainder of the £72m price tag over the five-years of Pepe’s contract.

7 Ways Computer Gets Infected by Virus and Malware