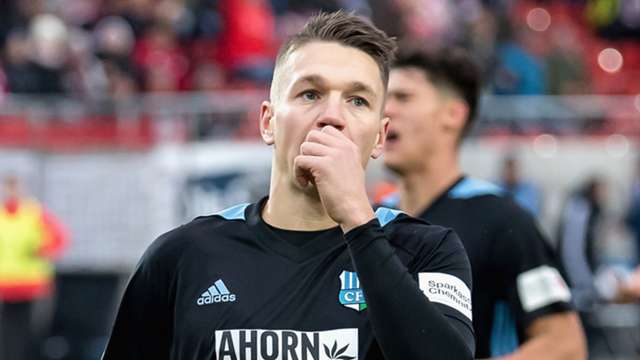 Chemnitzer a third-tier club in Germany have sacked their striker due to what happened during their game this weekend.
Daniel Frahn, the 32 year old club skipper was absent from the match against third tier club Hallescher Fc due to an injury he sustained and he viewed the game with members of of the club’s (chemnitzer) fanbase (kaotic Chemnitz) who are popular for having affiliation with Neo Nazism.

The club have distanced themselves from been involved with such movement and have said goodbye to the Captain Frahn and they released a statement on their website saying that they will keep on acting consistently opposing any ideas that goes against the constitution.

The deputy chairman of the club shareholder Romy Polster also said ” the club’s shareholders condemns the incident during the match between chemnitzer and hallescher at the sidelines and also recognized their former skipper to be a part of the kaotic Chemnitzer and it brings disappointment to the club.