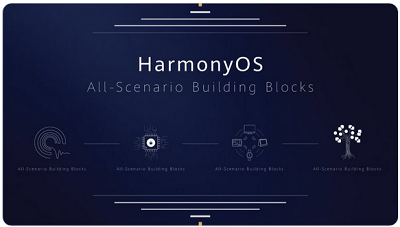 The long anticipated HarmonyOS(Operating system) has been announced during the company’s yearly developers conference, which started off today being the 9th of august 2019. This took place in china, as already declared this operating system will be known as HongmengOS.

It was made very clear that the HongmengOS will support a wide variety of applications, The company specifically mentioned that the HTML 5, the Linux and android applications will be very much compatible with the HongmengOS. This cleared our doubts on how possible will it be to use Huawei phones without the popular social media applications such as Facebook, Instagram,
WhatsApp, etc installed. Since these Applications are running on a
different operating system.

As per Huawei, the working framework can be utilized in everything tech that can be powered by an operating system, ranging from cell phones to keen speakers and web of-things gadgets like sensors.
HarmonyOS devices will also come with the support of RAM features, staging the reality of RAM sizes spiking up from Kilobytes to Gigabytes.

HarmonyOS like Android, will be an open source. Which implies that designers can download the source code of HarmonyOS, thereby allowing other developers to implement changes and add up modifications to it. We think, this strategy of Huawei is specifically for users to welcome them and enable developers edit the OS to suit their needs.
This same technique is what the popular Android Operating System was founded upon that ushered in its success of today.

However, Huawei is first launching its operating system in the upcoming Huawei Honor Vision TV set. This product is said to be launching tomorrow which is the 10th of august 2019.
With this recent development Huawei can decide to swap from the Android Operating system at any point in time.
Stay with us as we will always keep you posted on how the story unfolds.

Get real time updates directly on you device, subscribe now.

Matrix returns to theaters for the 20th Anniversary…