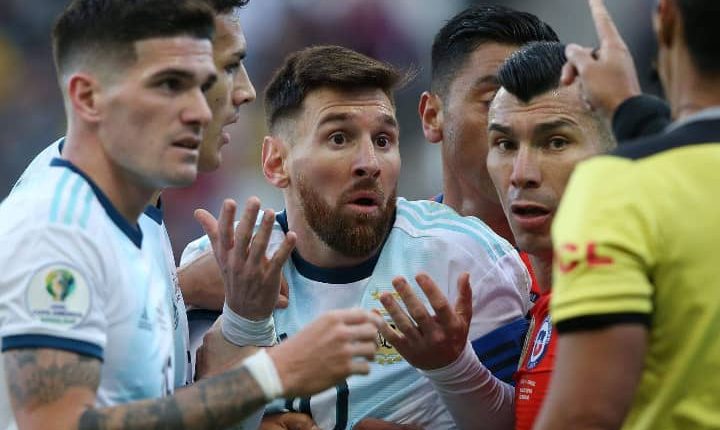 The captain of the Argentinian national team Lionel Messi has been banned from playing international football for three months by Conmebol for accusing the just concluded tournament (copa America) of corruption.

Messi was also fined to the amount of $50,000 by the football governing body in south America and have to appeal within one week.

The father of three was shown the red card during the match against Chile which the Argentinian team won 2-1 and uttered a statement later claiming the tournament has been fixed so as to allow Brazil win the tournament.

The forward wont play the friendly games against Mexico, Germany and Chile between September and October.
He would also miss the world cup qualifier by march for the red card he got while having issues with Gary medel of Chile.

How to start a Profit-Making POS Business Anywhere