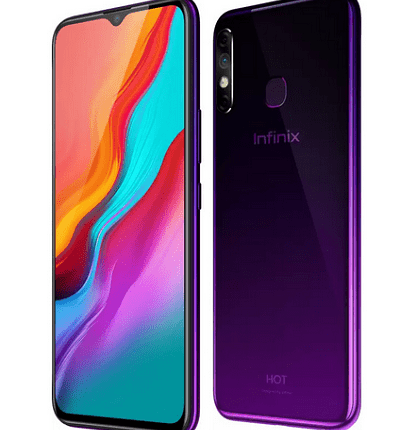 Hong Kong-based smartphone maker Infinix has always been known for its budget friendly smartphones and just recently launched “Infinix hot 8” which is the successor to Infinix hot 7.

Infinix hot 8 has been trending online for several days but Infinix made it official three days ago by launching this smartphones in India for Rs.6,999 which is equivalent to  $​​97.

It was first introduced in China before it was launched in India three days ago, from the Infinix hot 8 specifications you can clearly see that it is the true successor to Infinix hot 7.

A nice upgrade from Infinix if you ask me, the screen is also protected by a 2.5D glass.

It has a three rear camera orientation that is vertically aligned to 13 MP 1.8 main aperture, 2 MP depth detection camera and QvGA shots in low light.

The rear camera is also supported by a flash with four LEDs, while the front possesses an 8 megapixel camera with 1: 2.0 aperture and a special LED flash.

Infinix Hot 8 operates on a Mediatek Helio P22, which runs on an Octa Core 2 GHz with a personalized Infinix custom XOS 5.0.

it runs on an Android version of 9.0 pie accompanied by a 4GB RAM and 64GB ROM.

The Android phone  is equipped with a very large 5,000 mah battery, which the company claims it can reach 18.1 hours in 4G calls, 17.6 hours in music playback, 18.6 hours while surfing the Internet and also 11.4 hours holding games and 25.4 day standby time.

The smartphone is available at an introduction price of 6,999 rupees until 30 October, which I am quite sure that after 30 October the prices will go up.

Where to Buy Infinix Hot 8 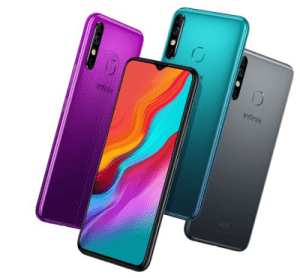 From the specifications I mentioned above, you can see that Infinix hot 8 is really an improvement, a 5000 mAh battery, 6.5 inch display, a three-fold rear view camera and a 4 GB RAM, all of which guarantees a smooth performance.

GLO Data: Get 3GB for just N500 on weekend Plan

Airtel and Spotify have partnered to provide Nigerians with free streaming data.