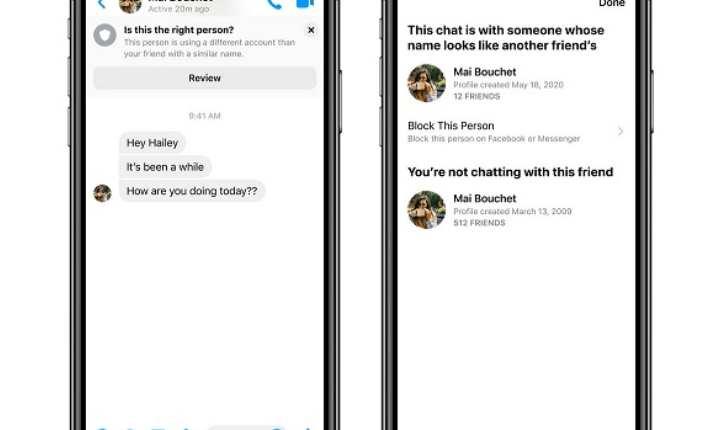 It’s no longer a new broadcast that the amount of fraudsters spamming and scamming on Facebook is indeed increasing.

Now Facebook is implementing a messenger update that notifies you when you are talking to a con artists.

The founder of Facebook is taking up securing his platform neck tight, we have already started seeing current updates on other platforms such as Instagram and whatsapp messenger with regards to stopping scams.

FB is currently rolling notifications to your Messenger application to warn you about people who may want to scam you.

This update simply alerts you about a contact who may be pretending to be someone else or is just trying to scam you.

When you have a conversation with someone who asks for money out of nowhere, Facebook Messenger immediately pops up a “safety notice” which also displays “Steps the user can take to report the scammer and also avoid being scammed”.

Not only that, but if you are worried that your teenage daughter under the age of 18 who may be a victim of adult bullying (sexual harassment).

Facebook now has a feature that can help you with that.

According to FB, individual users under the age of 18 are now notified when adults try to have inappropriate conversations.

As previously reported, Facebook has a keen eye against fraud as you may already know.

This new Facebook feature will immediately alert Users if a person is using his/her name.

It’s a common practice that scammers or Fraudsters usually tries to clone a person’s profile and pretend to be that person in order to carry out their fraudulent acts.

This function is gradually being extended to Android and iOS users.

Top 5 Things You Need to Know About Romance Scams

How Scammers take Advantage of the Holiday Seasons