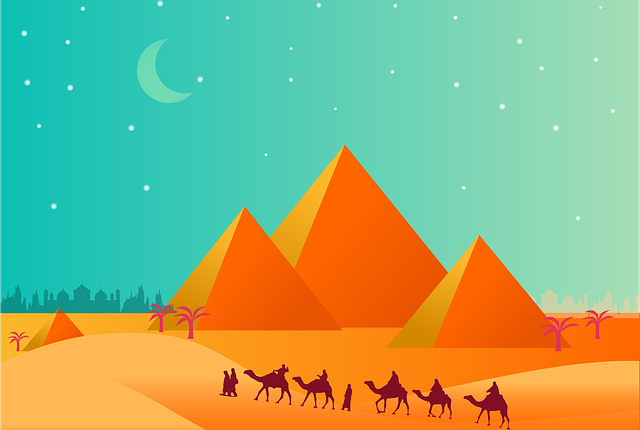 Seeking for a job? It is of great importance to lookout for pyramid schemes. There are a lot of companies these days with ill intentions, and are looking for an unsuspecting applicant to exploit for their own financial gain.

Companies like this takes up a minority in the business world but you can still find them out there busy advertising misleading job roles that sounds good on the surface. Going deeper, you get to find out that they are up to no good at all.

New members are promised payments for enrolling others into the scheme, rather than been paid for offering a service or selling a product.

The first participants are been paid through the money gotten from the later participants with portion of returns from fresh recruitments ending at the top of the pyramid.

Pyramid scheme mostly profit from recruitment fees and hardly involve the sales of goods or rendering of services that have any form of value.

This scheme is just one of the ways scammers capitalize on the greed of men. Pyramid scheme has been around for years and scammers are still growing rich off their victims.

LuLaRoe which is a massive pyramid scheme operator was sued recently by the state of Washington for collecting millions of dollars from small business owners who believed the pyramid schemes to be a legitimate organization.

The advertisers of pyramid schemes, most times target groups that are closely knitted such as sport teams, religious groups, college students, social organizations etc. and always increase pressure to join.

These schemes fail because there would never be enough of people to sustain them.

In the process of failure, the scheme shuts down and those at the top walk away with the huge cash while those below are left with nothing.

These schemes are dangerous due to the inability to spot them easily and they make all effort look legitimate and most times confused with Multi-Level Marketing (MLM) companies.

Some pyramid schemes may involve selling a product but it is usually an attempt to appear genuine. The product at the end would be faulty and won’t be the focus of the business.

Pyramid schemes main objective is to recruit fresh members or investors in a never ending adventure for expansion.

Those who create, run, or advertise pyramid schemes can be arrested and prosecuted under government legislation known as Consumer Protection from Unfair Trading Regulations 2008.

Globally, millions of dollars has been lost by people participating in pyramid schemes. The highly exploitative method and damaging nature of the scheme have made it outlawed all over the world.

Pyramid scheme still operate and do their best to hide their true intentions and always take steps to show them as a legal business.

Also in New York, pyramid scheme is illegal as well as in many other states in the US. Article 23A of the General Business Law of the State of New York shows the criminality of establishing and involving in a pyramid scheme which is also known as the chain distributor scheme.

MLM companies work through the sales of products directly to the final consumers. There are distributors or salesperson that market the products individually, and then train new recruits who serves as distributors themselves. A distributor earns commission from each sales likewise on the sales of distributors been recruited.

The main difference between MLM companies and pyramid schemes is the establishment of a reliable line of products or services that stand behind each MLM Company or product. The majority of MLM company’s profits come from the sales and not from recruiting new investors.

How to SPOT A PYRAMID SCHEME

How to AVOID PYRAMID SCHEMES

If you have been targeted by a pyramid scheme then check the law of your state and report such scheme to the appropriate authorities if a law has been broken. Also try to warn your friends about promoting such scheme so as not to fall into the trap.

Feel free to drop your remarks on the published article “What you need to know about Pyramid Schemes and How to Spot them”.  Remember sharing is caring, kindly click on any of the social media icons to share this article with your family and friends in order to keep them safe from PYRAMID SCAMS.