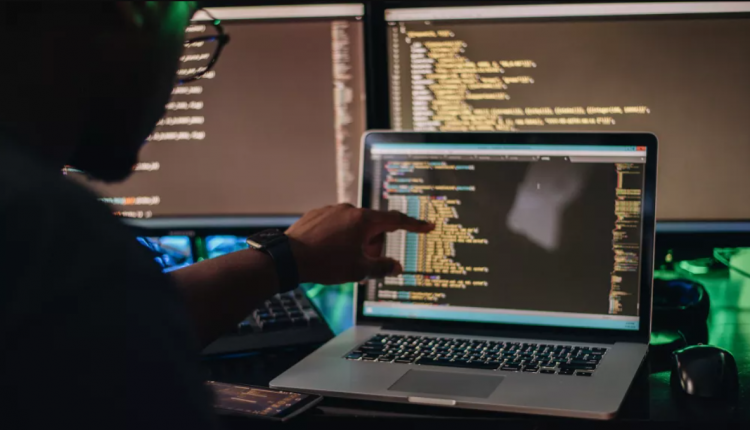 Richest Programmers in Nigeria is something you should really pay attention to. There is a popular idea that only the leadership personnel can become wealthy, and that the programmers are destined to work for them.

This is no longer true. The misperception originated during the time of Steve Jobs, who, despite the fact that he could not code, was the face of Apple brand and one of the wealthiest men in the world as at that time.

When it comes to software programming, there have been times when programmers who are responsible for generating the products that make the management guys wealthy never became as wealthy themselves.

Nevertheless, in today’s world, programmers themselves have taken on managerial roles and launched their own start-ups after recognizing that their abilities and ideas have the potential to make them billionaires.

Here is a list of the top wealthiest software programmers in Nigeria.

Must Read: Where can a computer Engineer work (A comprehensive Guide) 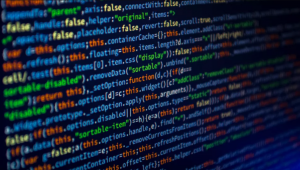 You’re about to learn about Nigeria’s wealthiest programmers, and how much each of them is worth.

Many of the world’s richest men, including Mark Zuckerberg, CEO of Facebook, Evan Thomas Spiegel, owner of SnapChat, and Larry Page, CEO of Google, as well as Bill Gate, are programmers.

How, then, are our own programmers faring here in Nigeria? Because we’re curious to know who are the Nigerian’s richest programmers, we’ve decided to do some digging. 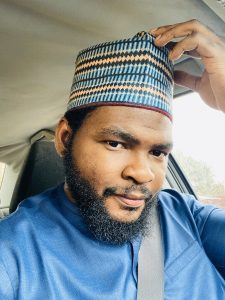 Prosper Otemuyiwa is the creator of the Laravel Hackathon Starter pack, which is a bundle that has been designed just for beginners. This tool assists newbies in learning programming in a short amount of time.

Prosper worked as a technical trainer for Andela before taking on the role of technical writer for Auth0.

A ranking published by GitHub in 2016 placed this young and talented programmer in second place on the top trending chart of PHP coders in the world, surpassing Facebook in the process.

This was the pinnacle of his professional career for this young and talented programmer.

Prosper’s expertise and talent have also gained him a great deal of riches, which has earned him the number one spot in our rating. 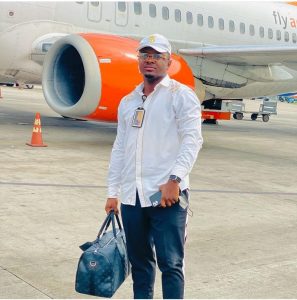 This young and talented programmer attained his highest height of his career as he was ranked second on the top trending chart of PHP developers in Nigeria.

He has created awesome software like the forex trading bots and the virtual football automated betting software.

He has also created multiple platforms like Land9ja, Car9ja and 4hire.

Dannyokec’s skill and talent has equally brought him so much wealth securing him the number two sit on our ranking of the Richest Programmers in Nigeria.

As at the time of publishing this article, Oluwaseun currently works as a senior software engineer at FirstBank Nigeria, having graduated from SMC University Zug, Switzerland, where he studied computer science.

Oluwa Segun takes the number three spot on our list of people who have made a lot of money from programming since he is one of the most successful. 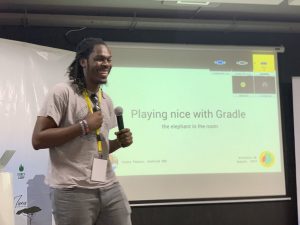 Segun Famisa is a software engineer who specializes in Android application development, as well as programming in Kotlin, java, and Python, along with robotics.

Currently employed as an android software engineer at Trivago in Dusseldorf Germany, Segun graduated from Obafemi Awolowo University where he studied Electronic and Electrical Engineering.

Segun’s abilities and capabilities have also brought him a great deal of money along the way, earning him the fourth spot on this list richest programmers in Nigeria.

Falade Gbenga, a senior software developer with Access Bank, ITANDT solutions limited, and Firstbank Nigeria, is the third person on our list.

A first-class graduate in computer science from Joseph Ayo Babalola University, Falade has previously worked for organizations such as CWG PLC, Altaviz support limited, Lasco Computer system as a software developer and end-user support engineer, and Kotivu.NG, amongst other places.

As a well-known programmer and software developer, Falade Gbenga has amassed a substantial amount of fortune in this field, earning him a spot on this list at number five as one the richest programmers in Nigeria. 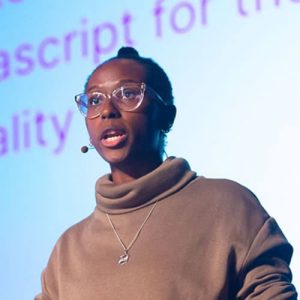 Ire Aderinokun is a user interface designer, a Front-End developer, a Google expert in web technologies, as well as an HTML, CSS, and JavaScript specialist, among other things.

In her present position as the head of design and product at Big Cabal, the publisher of big Cabal and Zikoko, she has worked on a variety of projects.

Ire’s most remarkable quality is that she is a self-taught front-end developer.

She graduated with a Bachelor of Science in Experimental Psychology from the University of Bristol, and in 2014, She received a Master of Arts (MA) in Law from the same institution.

She has most definitely earned the sixth position of the richest programmers in Nigeria. 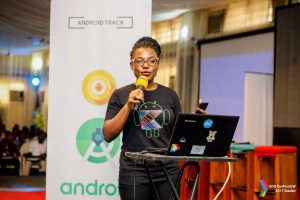 Moyinoluwa Adeyemi is an android app developer who is presently employed by off-grid Electric and the Google Developers Group, among other organizations.

Moyinoluwa previously worked for Swifta Systems and Services International, a center for excellence in software engineering, and she holds a bachelor’s degree in computer science from Obafemi Owolowo University.

Her commitment and hard work have not gone unnoticed, as she has become extremely wealthy and well-known, having previously been named one of the richest programmers in the female category by blog.devcenter.

We have however, listed her as the top seven richest programmers in Nigeria. 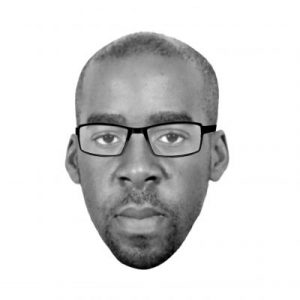 Obiwanne Hill is the CEO and co-founder of ContentOmni and Restive (a development and ideation company who are working on a different principal concept and interface friendly tools that help in making the web super-fast, contextual and responsive); as well as a philanthropist.

He is a civil engineering graduate of the Federal University of Technology Owerri, where he studied for his bachelor’s degree.

In the field of online development, Obinwanne is a professional who specializes in responsive web design, web applications, and JavaScript, among other things.

Obinwanne’s development talents and dedication have not flown under the radar, as he is currently ranked eight on our list of the top ten richest programmers in the country of Nigeria. 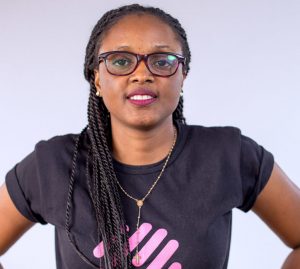 Makinwa Olubukola was previously a lead developer at Swap Space before deciding to pursue a career in coding as a result of her passion for FIFA.

Makinwa, like Ire, is a self-taught programmer who began and completed her studies in computer programming on her own.

Originally from Nigeria, Makinwa Olubokola graduated with honors from Babcock University, where she studied computer technology.

She has experience working with Swap Space as a lead developer and trainer, Gigalayercom (technical support), connectNigeria.com (web developer), and Andela as an engineering manager, among other organizations.

The building of websites requires her to be proficient in PHP, JavaScript, or Ruby, and she is currently one of the richest programmers in Nigeria.

Miriam Wampana is currently employed as a senior software developer at the American University of Nigeria, where she received her bachelor’s degree.

She is a skilled programmer, having worked on a variety of projects including web and mobile applications, web development, web design, PHP, PYTHON, and JavaScript, among others.

She has previously worked in a variety of positions, including ICT support officer at Abuja Technology Village and senior software developer at the American University of Nigeria, among others.

She made it to the tenth spot on our list since she has amassed a substantial amount of fortune in this industry. 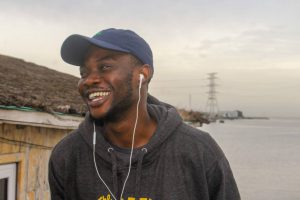 Olalekan is a graduate of the Federal University of Agriculture, Abeokuta, where he earned a bachelor’s degree in computer science in 2007.

Olalekan is currently working as a software developer for Andela, and he previously worked as a full stack software engineer for Gobble in the same capacity.

He is a programmer who works with a variety of programming languages, including PHP, Java, iQuery, Python, and others.

He is well-known for his abilities to design and develop a number of mobile applications.

He makes it into our top eleven list of the wealthiest programmers in Nigeria.

Who is the best Programmer in Nigeria

The society we live in now is one in which anything is possible because to the advancements in technology brought about by brilliant programmers.

Many of these programmers involve themselves in Software development that they do not always get the credit for, however we are conscious of the fact that they took part in the project.

Where can a computer Engineer work in Nigeria

A computer can work almost anywhere in today’s time and age.

Computer engineers can be found working in a wide variety of environments, including academic institutions, research labs, businesses, government agencies, and private companies.

It’s possible that you’ll be working to find answers to problems, developing and evaluating new technologies, or collaborating with others to create innovative products.

Here are few places where a programmer can work.

Quick Recap on the Richest Programmers in Nigeria

These specialists, who have spent years perfecting the sacred art of programming, are immensely vital to their respective organizations and businesses.

These are the eleven programmers in our top eleven list of the RICHEST PROGRAMMERS IN NIGERIA 2022; we placed and ordered each of these programmers according to the information we have gathered about them.

Kindly keep in mind that this list varies from time to time, but these are the richest programmers available at the time we published this article.

How to Start a profitable Video Game Business in Nigeria.